Osmancik Rice is a typeof rice grown in Turkey which was developed by Agricultural Research Institute of Edirne in 1997. Osmancik rice - a kind of long grain rice is consumed commonly by Turkish. Osmancık Rice is produced mostly in Trakya area, it is also grown also in Bafra /Samsun. Osmancık rice is ideal for cooking pilaf and it is much easier to cook compared to baldo rice. 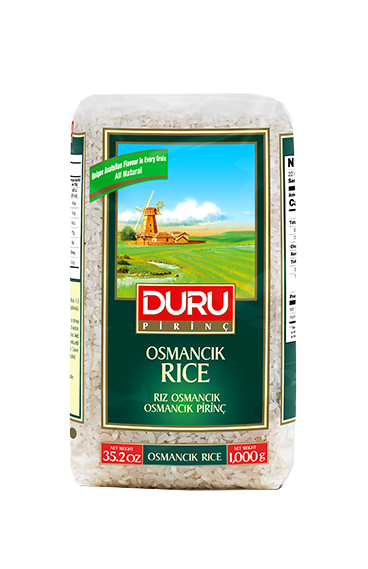 Type of Meals the Product can be used in

Soak for 10 minutes prior to cooking. When cooking Osmancik rice, use 2 cups of hot water for each cup of Osmancik rice you want to cook.

**Nutrition facts are calculated on 60 gr.
dry material, over 2000 kcal for adults.

We’re Serving Up Recipes, Tips and ideas for creative meals your family will love.

We’re Serving Up Recipies, Tips and ideas for creative meals your family will love.