Unlike bulgur, peeled wheat is made from soft wheat. It is produced by cleaning and peeling the cover of the wheat. peeled wheat is commonly used in Turkey and Middle East. The whole peeled wheat is called Harish while the broken one is called Jerish. The common name of peeled wheat in Turkey is “Wheat for Noah’s Puding”. It is used in a traditional dessert which is consumed during the religious month of Muharram in Islam. 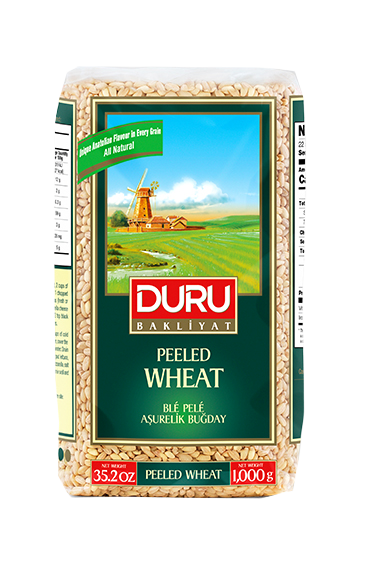 Type of Meals the Product can be used in

Soak for 12 hours prior to cooking

**Nutrition facts are calculated on 60 gr.
dry material, over 2000 kcal for adults.

We’re Serving Up Recipes, Tips and ideas for creative meals your family will love.

We’re Serving Up Recipies, Tips and ideas for creative meals your family will love.